Hotel Kraljevac is located in the north-western part of Bosnia and Herzegovina, in Ključ municipality!  It is situated on the right coast of the river Sana, in Kraljevac area, and therefore, it was named after that place.  The Hotel was opened in 2017 with the aim to promote tourist capacities of Ključ municipality, as well as development of fishing tourism!  The Hotel is found in the most attractive part of the river Sana, in the special fishing area called Zmajevac, which is also known to be one of the most attractive areas for the huchen (hucho hucho) in Europe!  Natural environment, surrounded by modern four-star hotel, is very rich in its natural resources and also, historical and cultural symbols of this part of Bosnia and Herzegovina. 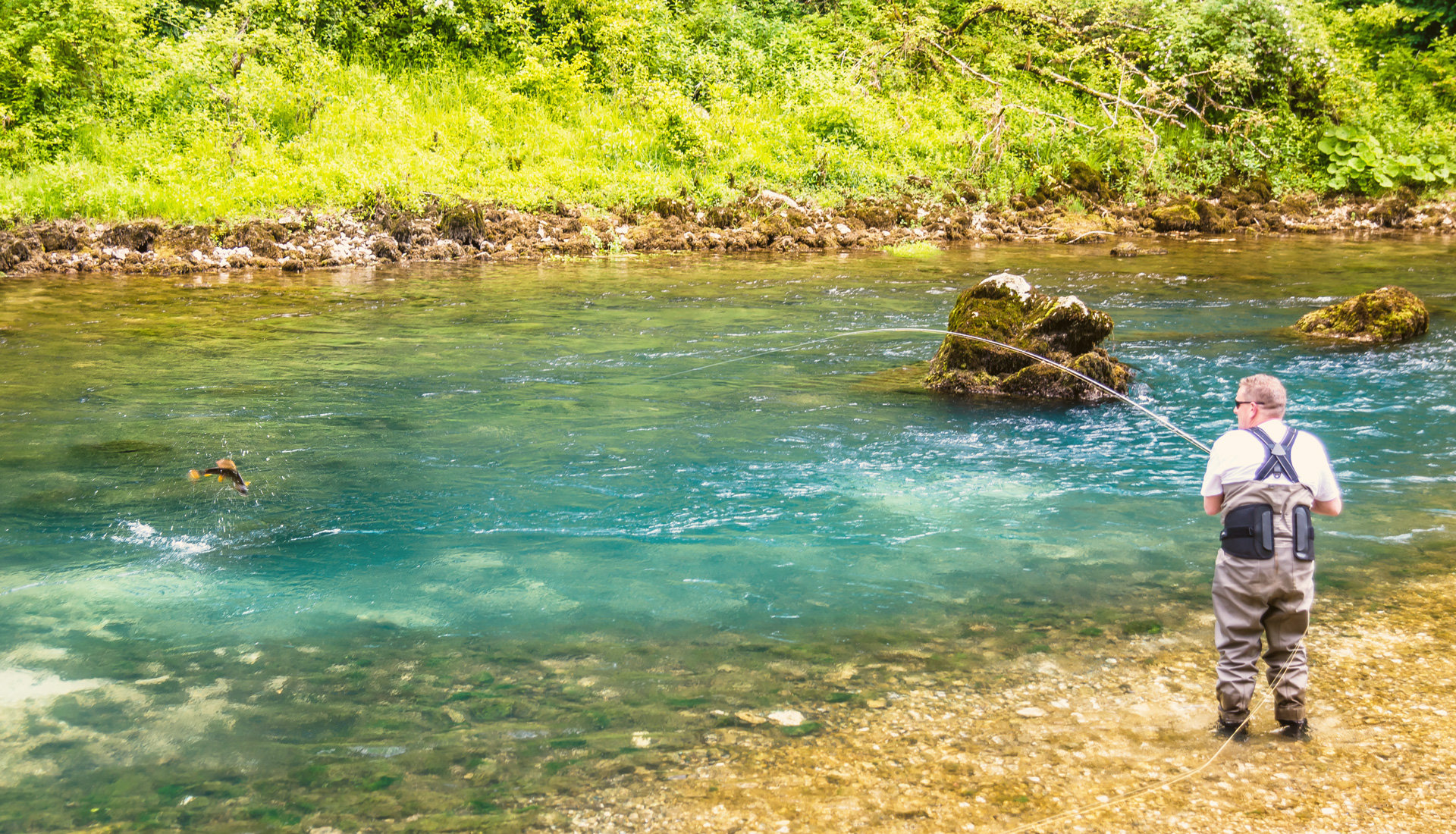 Our Hotel also offers Fishing and Outdoor Equipment Shop!  In case you might need something during your fishing holiday, you can contact us.  The shop is equipped with world-famous brands such as Simms, Loon, Smith, Trouthunter, Mclean, Scientific anglers!  And that is not all, at our shop you can also buy top-quality creations of artificial flies for fishing, made by fine craftsman Admir Ado Jeginović, or any other equipment for fly-fishing.

Old Town Ključ is situated on high and steep cliffs along the left bank of the Sana River. All facilities in the town were walled from the north, while they are naturally well-protected from the south, with a deep chasm. These facilities represent the oldest city core, blended with the unique system of walls. Mentioned in historic sources for the first time in 1322, it is considered much older, with foundation being build in first century A.D. by Romans. Last King of Bosnia Stjepan Tomasevic surrendered here to Turks in 1463 thus ending the medieval Bosnian state.

Are you into fishing? We recommend our partner agency Andino Reisen GmbH  from Switzerland make you an interesting arrangement. Their kind agents will manage your reservation at our Hotel, organize you a transport, fishing permits and guides.