Hotel Kraljevac is located in the north-western part of Bosnia and Herzegovina, in Ključ municipality.  It is situated on the right coast of the river Sana, in Kraljevac area, and therefore, it was named after that place.  The Hotel was opened in 2017 with the aim to promote tourist capacities of Ključ municipality, as well as development of fishing tourism.  The Hotel is found in the most attractive part of the river Sana, in the special fishing area called Zmajevac, which is also known to be one of the most attractive areas for the huchen (hucho hucho) in Europe.  Natural environment, surrounded by modern four-star hotel, is very rich in its natural resources and also, historical and cultural symbols of this part of Bosnia and Herzegovina.

Our modern looking, four-star hotel is surrounded by rich nature and its beauties, but also with rich history and cultural heritage of this part of Bosnia and Herzegovina. 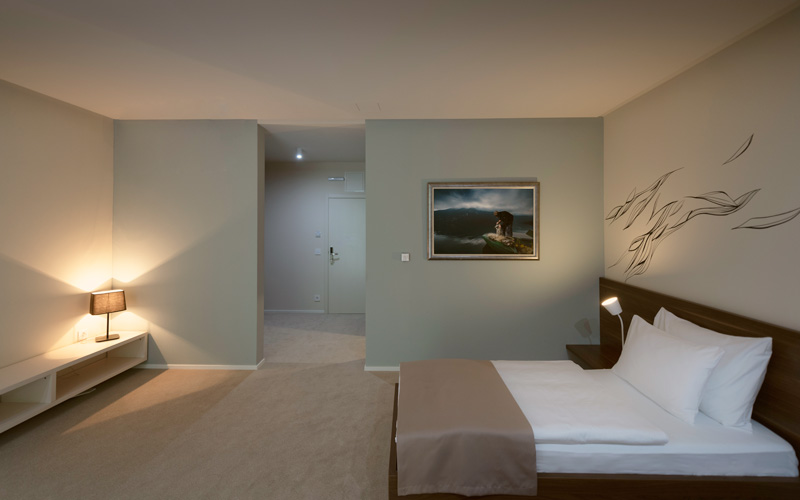 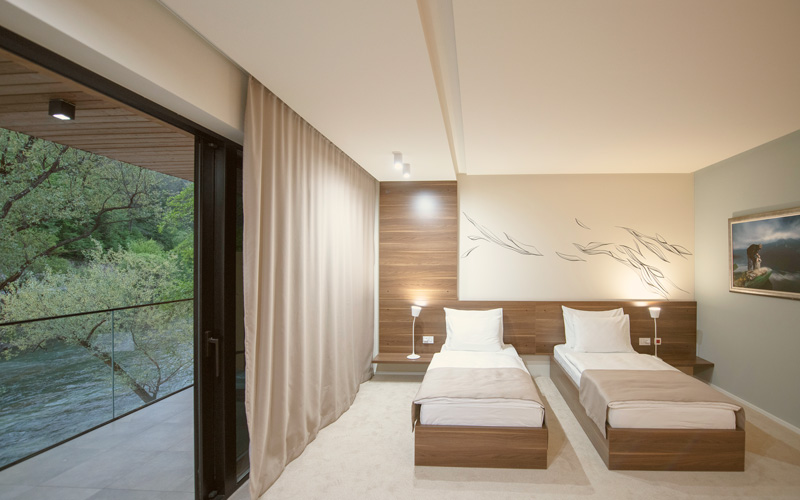 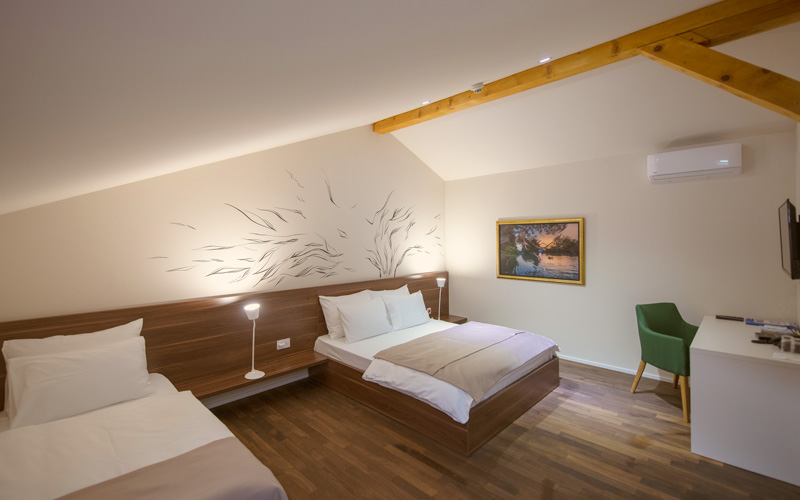